Urban planting and adapting the future through learning from the past.

In recent weeks I met with RIBA on behalf of CIBSE and this has opened up the pathway to working together on strategic issues for the built environment. In my discussions with new RIBA president Stephen Hodder, important areas for development were identified as collaboration, sustainability and the cities challenge. In this blog I challenge how we put this into action.

A few weeks ago I was walking with my wife in my beloved home city of London. We were on our way to a marvellous Rumford Club evening function at the House of Lords and as I passed through Parliament Square I was reminded of the awesome sustainability of the fabulous historic buildings. This led me to ponder the fact that the surrounding spectacular buildings have been there for hundreds of years and will be for hundreds more, won't they?

The very same thought came to mind as I read the latest copy of National Geographic where I see, in graphic detail, the maps of the world demonstrating the change in coast lines of the future. Huge numbers of coastal cities are submerged due to the rising seas brought about by the onslaught of man-made climate change. I urge you all to find a copy and use it to help people understand what will happen if we do not invest in engineering our cities to meet and beat the challenges of climate change.

Back in 2007 Professor Martin Parry, a senior Met Office scientist and co-chairman of the IPCC committee, said he believed it would now be "very difficult" to achieve the target 2°C limit of climate change. He added that governments needed to combine efforts to "mitigate" climate change by reducing CO2 emissions with "adaptation" in order to tackle active consequences such as crop failure and flooding. One major example of such adaptation is the strategic urban planting of trees, green roofs and walls in the right places, conserving energy and reducing energy bills, while helping to fight global warming. Such strategic urban planting can provide many benefits to everyday life. It provides cooling shade, reduces cold winter winds, cleans the air, reduces soil erosion, potentially cleans water supplies, adds freshness to cities and improves social well-being in communities.

Don't worry, I haven't lost my mind, stick with me here... In Chicago, the city's 3.6 million planted trees reduced air pollution by about 890 tons CO2 annually, a $6.4 million benefit, according to the Forest Service. Other examples, one study of 5 cities found that, per tree, cities could accrue benefits ranging from roughly $1.50 to $3.00 annually for every dollar invested. These cities spent about $15-65 annually per tree, with benefits ranging from $30-90 per tree. More over these are highlights of several such experiments and studies, which seem often to show the potential to reduce heat island effects in cities by up to 3°C and sometimes more, which should be a real benefit in many locations to engineers striving to reduce energy consumption from the built environment.

It seems madness to me that we take so long to learn and change to protect the environment and our futures. In that I'm reminded of the work by Luke Howard (1830) when he first documented urban heat in his ground-breaking study of my home city. He reported discovering "an artificial excess of heat" in the city compared with the countryside. To secure the principal Emilien Renou came up with parallel findings in Paris around the second half of the 19th century.

Isn't it strange just how delayed the response is to our discoveries and isn't it frightening how accountants and economists continue to dictate what our future will be by their view of what is, or is not, a good investment. Isn't time engineers and architects got together and lead the charge of whole life thinking in the built environment and the desperate need to do all we can to safeguard and improve our cities? I believe what's needed, and should evolve from the RIBA CIBSE collaboration, is a strong integrated and practical thought leadership on how to arrive at workable and flexible solutions, considering aspects of usage, population etc. In other words we need to consider buildings and cities together with their populations holistically in relation to climate change adaptation.

So my hope is that CIBSE Engineers and RIBA architects, together with other professions such as the Landscaping Institution, offer the collaborative approach that harks back to the original architect engineers – to look at the problem and the best possible solutions without being constrained by their discipline boundaries and so work together for the good of society as a whole. Could we? 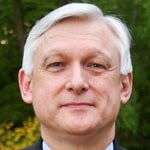 Do you Like your office? Do you like your office? When I say ‘like’ I don’t mean appreciate or ‘enjoy’, I mean do you Like it with a big, blue Facebook thumb? Such questions have got a bad rap in recent years. The ‘Like’ is seen as the ultimate superficial gesture, the epitome of ‘slacktivism’ and a meaningless affirmative in place of actual thought or expression. But, in the right hands, a Like could make an awful lot of difference, and could even change the world. A Like is really just a data point, and it doesn’t mean an awful lot when you’re talking about a friend’s holiday photos, but applied to buildings ratings can make a lot of difference both in the short and long term. The world’s biggest companies boast of their Likes online and jostle for your attention because it shows their product is good and authentic. This model has a lot of potential with buildings: We’ve been used to measuring the energy efficiency of buildings for years, but the problem is engagement. Landl
Read more